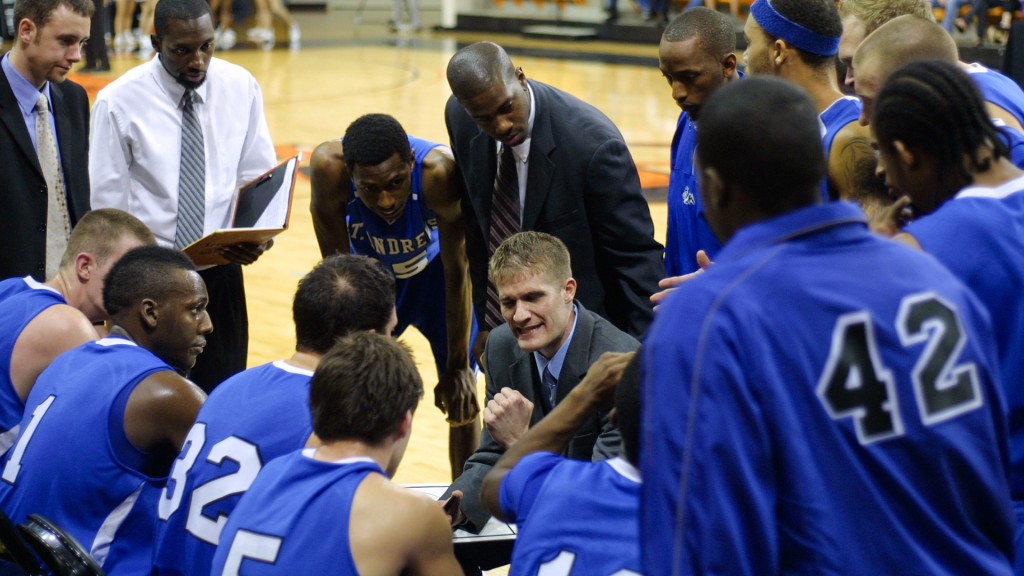 Richie Schueler has an extensive background in coaching the game of basketball. As a college basketball coach, he spent time at all three NCAA levels: Austin Peay State University (NCAA D1), Wilmington College (NCAA D3), and St. Andrews University (NCAA D2). As the Head Men’s Basketball Coach at St. Andrews University for four years, Schueler boasted a 100% graduation rate while leading his team to the best school record in 11 years. His recruiting efforts while an assistant coach at Wilmington College (Ohio) contributed to a No. 17 ranking in the 2006 NCAA Top 25 national poll. As a graduate assistant at Austin Peay State University, he was part of their conference championship team en route to playing Louisville in the 2003 NCAA Tournament.

Schueler is the founder of PhD Hoops, a company that provides educational basketball resources to both players and coaches across the world. He is USA Basketball Gold Licensed Coach, a licensed FIBA-approved coach (International Basketball Federation), a member of the National Association of Basketball Coaches (NABC), and has actively instructed in nearly 50 basketball camps/clinics around the world. In addition, he is regularly contracted as an Event Director/Talent Evaluator for showcases across the United States.

The Cincinnati, Ohio, native was a member of the Evansville Men’s Basketball team (Missouri Valley Conference) under Hall of Fame coach Jim Crews, who also served as head coach at West Point and Saint Louis University. During his playing career, Schueler played on two international basketball tours with Athletes in Action in addition to being selected to play for the Svjetlost Brod A1 Pro Basketball League in Croatia.

Schueler is a college basketball analyst and has appeared on broadcasts for the ESPN Family of Networks with additional experience working on ACC Network Extra, Stadium, Spectrum, SiriusXM, among various other television and radio outlets. As a FastModel Sports Contributor, he shares offensive and defensive diagrams to other coaches.

Currently, Schueler is very active with skills training sessions, both privately and in clinics. He focuses intently on strengthening fundamentals and maximizing athletic potential. He has spoken at coaching clinics and served as a consultant for numerous players and coaches.

Experience with the following organizations:

“Coach Richie Schueler is at the top of his game. His knowledge of coaching, international travel, and the college recruitment process is outstanding. The expertise he demonstrates in his craft is just remarkable. His work ethic is second to none. He will definitely help you reach your goals!”